Who Has More Career Satisfaction: Employed Doctors Or Doctors Who Own Their Own Private Practice? 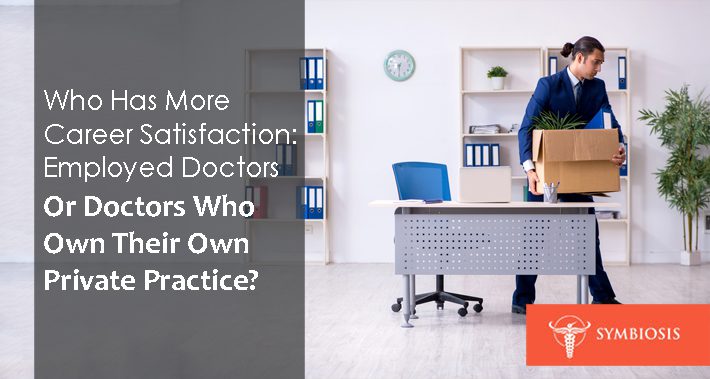 Are you an employed doctor wondering if it’s time to take the leap into private practice?

While there are pros and cons to both employed and self employed work, most people who make the switch to private practice and are successful think it was the best decision they ever made.

If you think you’re suited to private practice, it likely proves that you’re the kind of person who is up for the challenges and who will find the advantage far outweigh the barriers.

If this intrigues you, but you’re not sure where to start, we’re here to accelerate your path to success.

We’re Symbiosis, a medical coworking space and practice accelerator in Washington DC that helps healthcare providers with how to successfully start a private medical practice.

But if you’re not quite convinced a private practice is right for you, let’s take a look at the information on career satisfaction among employed and self employed doctors.

While trying to figure out who had more career satisfaction between employed doctors and doctors who own a private practice, a 2014 survey interviewed more than 4600 doctors.

Under age 40, more than twice as many doctors are employed rather than self employed.

Doctors were asked about the benefits of starting their own clinic vs a corporate healthcare job, job satisfaction, and whether they’d recommend their current employment path to other doctors.

Over the age of 40, more doctors are self employed.

The longevity of a doctor’s career often indicates whether a doctor is more likely to start a private practice, with doctors who have been practicing for many years the most likely to branch off.

52% of doctors who now work for themselves had previously been employed doctors, while 29% had either been partners or owned previously.

Doctors who went back to employed positions after being in private practice often did so because of situations like buyouts.

Why Do Doctors Choose To Get A Corporate Medical Job?

There are many reasons doctors might choose to get a corporate medical job.

In some cases, younger physicians may go straight to employment and not consider private practice, even though starting a private practice right out of medical school is easier – and less risky – than you might think.

Doctors who choose to get an employed position appreciate not having to deal with the hidden costs of starting a private practice, like billing and office management.

Some doctors prefer working in the setting of academic medicine, getting to focus more on research while still being able to participate in patient care.

What They Dislike Most

The doctors who choose medical jobs often struggle with not having control over decisions made, feeling that employment hinders their autonomy and reduces the quality of care they provide.

They also worry about layoffs and employment security.

Employed doctors often feel frustrated that they don’t get to weigh in on any management decisions.

Employed doctors also often dislike the fact that the bottom line of corporate hospitals is profit and not the health and well being of their patients.

Why Do Doctors Choose To Start Their Own Private Practice?

Doctors who open their own private practices tend to be more confident and have more expertise in their specialty than those who remain in hospital settings.

Doctors who enter into private practice also have stronger moral compasses and seek to provide their patients with a higher degree of care than normally permitted by hospital administrators.

Thus such individuals will gravitate towards what means the most to them, and as a result they’ll seek out the environment that enables them to be truly excellent doctors.

Doctors who start their own practice enjoy the control they have over their practice and administrative decisions.

This means that doctors in private practice are free to enjoy the fruits of their labor without turning over everything to a hospital system.

Doctors in private practice take rightfully earned pride in knowing that they are business owners contributing to the economic and social development of their locality as well as doctors.

Finally, self employed doctors get to create a practice that is more in line with their internal needs and ethics.

What They Dislike Most

In many cases, healthcare providers who go into private practice can end up doing better financially than their corporately employed peers.

This is especially true when they deploy an effective private practice digital marketing strategy.

However, there exists a misleading impression that income security can be less reliable when you’re working for yourself.

This misleading impression can be a source of stress.

Some of the nitty gritty tasks involved in running your own practice may be consider annoying by some, like hiring and retaining medical support staff and tracking down information for billing and collecting payments.

Self employed doctors may also be challenged with maintaining work life balance as a solo healthcare provider, because it’s hard to shake the self imposed feeling of the need to always be on call.

They may have thought that they were satisfied and happy being an employee.

But because most doctors working as employees have never experienced private practice, their happiness working in a hospital system may be based purely on the absence of knowing there is a better alternative.

It is also equally possible that as doctors gravitate toward what fulfills their own needs, their personal happiness will be reflected in these choices.

Those who enjoy being self employed will be happier in a position where they can manage others and make their own decisions. 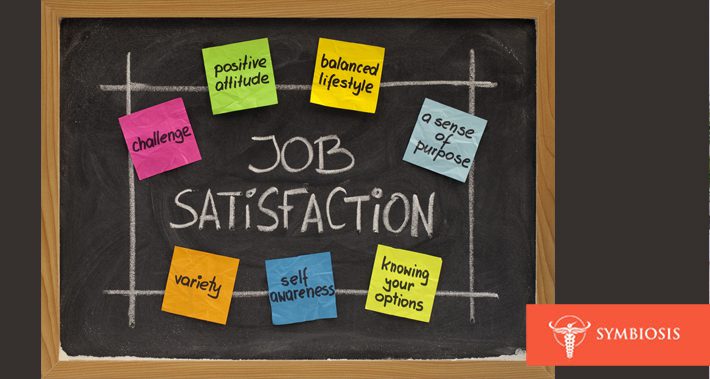 Who Has Greater Job Satisfaction?

Employed doctors are also more likely to be dissatisfied and feel more stifled by their careers, which may not be surprising considering how most hospital settings tend to treat doctors.

Most employed doctors don’t think they’ll be breaking into private practice, often having to deal with derogatory connotations as being “only a small business” or assaults on their confidence by people who don’t have the courage to seek their own path.

Still, those who make the leap are satisfied with their decisions.

A vast majority of doctors who switched to private practice reported that they are now happier with their jobs.

In contrast to this, self employed doctors who went back to employment reported more frustration, more stress, and more dissatisfaction.

The reality of losing the advantages that come with self employment can be difficult for those who have experienced the other side.

Switching career paths can be daunting, but most doctors who enter private practice know that the risks were worth it.

Considering Starting Your Own Private Practice? Symbiosis Can Help

Why not consider exploring that freedom in the context of a medical coworking space?

In medical coworking spaces, you’ll get many of the benefits of running your own business while also having resources and assistance for the office management parts.

You’ll be pooling your resources with other doctors for greater flexibility and opportunities to network with other healthcare providers.

It can also save you time and money.

If this sounds appealing to you, don’t hesitate.

Symbiosis LLC
5.0
Based on 7 reviews
See all reviewsWrite a review

Kaliyamoorthy A.
This capital Physical Therapy clinic is absolutely astonishing! Suba is very knowledgeable and detailed when it comes to educating and helping with pain relief . She is very... knowledgeable and fun, decreasing my daily pain has become easier and recommendations. Front desk staff is very welcoming and organized she makes schedules and appointments very easy to follow. The overall clinic is very clean and the covid protocols are top tier I highly recommend this clinic to anyone looking for different ways to manage pain and gain knowledge physical health.Thanks Suba 🙏read more

Melodie E.
Symbiosis is extremely resourceful. They understand the costs involved in running a practice and have helped us to save money while providing excellent service. They have helped... to integrate multiple systems within our clinic including paperwork, electronic medical records, advertising, phone systems and HIPPA compliance. They also proactively manage our IT infrastructure and consistently provide timely service and recommendations. They are great problem solvers!Our clinic recently launched our completely revamped website and couldn't be any happier with the way the site turned out. They took our old website with outdated graphics and fonts. They transformed it into a modern and incredibly attractive site while improving security.Working with Symbiosis has provided us with a level of comfort to focus on our core business while they focus on the information systems needed to support our operations.Rehab Director, New Horizons Wellness Servicesread more

Jennifer B.
The team at symbiosis has been so instrumental in helping get my business off the ground. Arun, the owner, tells me over and over again “we are here to help you succeed” and I... know this is true. They help me problem solve issues I’m having, help my business be more efficient, and give me ideas for marketing. They are also just incredibly kind and friendly. I’m so grateful to have their support!read more

Marilee A.
Symbiosis is run by a wonderfully enthusiastic and competent team invested in the success of their community members. They always have the best interest of their members at... heart; and they are consistently flexible, accommodating and resourceful. They provide a range of support from concrete administrative services to more general strategic input. I highly recommend Symbiosis as a place for your business to grow and thrive, and I have so enjoyed my involvement as a Symbiosis community member from its inception.read more 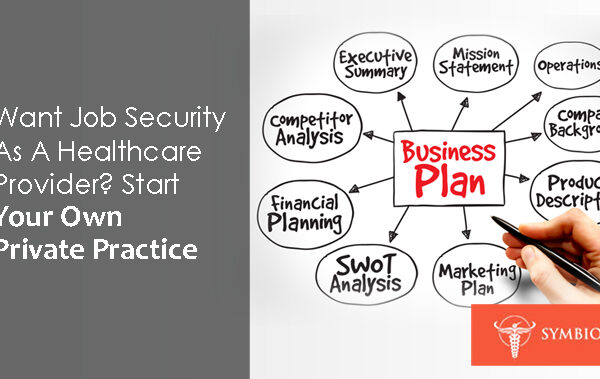 Want Job Security As A Healthcare Provider? Start Your Own Private Practice 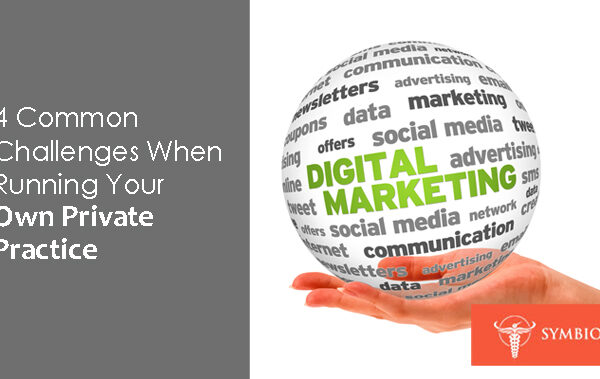 4 Common Challenges When Running Your Own Private Practice 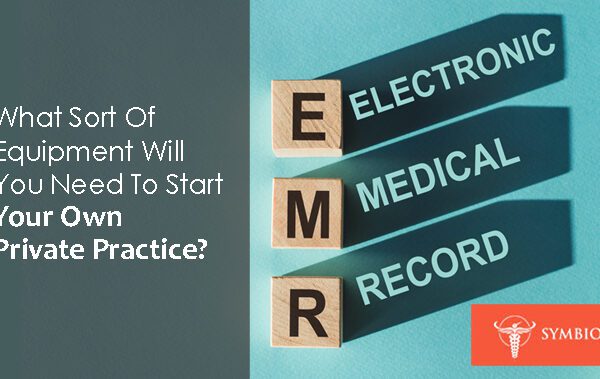 What Sort Of Equipment Will You Need To Start Your Own Private Practice?